Inflation: The Real Reason Behind The Big Crash of ZEC, NEO and Others

HODLers have long advocated for cryptocurrencies as a way to hedge against the inflation of fiat currencies. For example, Bitcoin's supply follows a strict inflationary curve, where a limited amount of Bitcoin is mined every day until the maximum cap of 21 million BTC is reached. 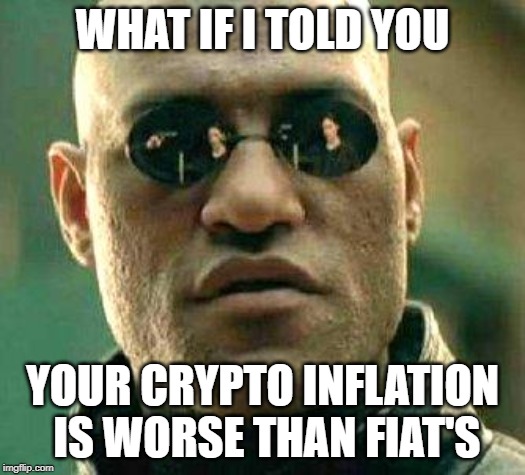 Based on our Inflation Tracker, however, some cryptocurrencies have an inflation far worse than most fiat currencies. The worst offender is Zcash (ZEC) with a shocking annualized inflation rate of ~42%, which implies that its circulating supply increases by 42% annually.

In terms of the store-of-value narrative, Bitcoin still leads the way as the best cryptocurrency for this use case, with a modest ~3% inflation rate. Bitcoin's inflation rate is expected to drop further with the block reward halving happening in 2020.

Grin will join the rank of Zcash soon.

Are you sure you want to delete your comment?

We welcome writers to publish on our platform. Any articles on cryptocurrency is welcomed - news, analysis, reports, and press releases.

Submit your articles here and we will approve them for after review if it meets our publishing standards.